Find out which possible conditions you may be suffering from by trying our 2-min Guided Pain Assessment Form!

How Do I Know If I Have a Diabetic Foot Ulcer?

Diabetic foot ulcers often begin in a seemingly benign way. Maybe at first, you think a foot sore results from wearing a new pair of shoes. You think, “It will go away as soon as I break these new shoes in.” However, as time goes by, you find that the sore instead develops into a small callus or blister on your foot.

This isn’t where the problem truly begins, however. Things become problematic when you start to lose feeling in your feet. If you keep walking instead of stopping or changing shoes, a small sore will transform into something much more extreme.

According to the Health Essentials Cleveland Clinic, roughly 10% of people with diabetes end up with a diabetic foot ulcer. The craziest thing is that these ulcers seem to materialize out of nowhere. A patient may one day take off their sock and find it caked with blood, without any idea of how or why it happened.

These ulcers cause the skin to wear away and are most often the result of damage to nerves in the hands and feet (a condition known as peripheral neuropathy). This disorder is a direct result of diabetes. In the most severe cases, these ulcers are very dangerous and may lead to limb amputation. Luckily, there are preventable measures that a patient may take in order to avoid such an extreme outcome.

Anyone with diabetes can develop a foot ulcer. However historically, Native Americans, African Americans, the elderly, and Hispanic individuals are much more likely to develop foot ulcers than other demographics. Patients who use insulin are naturally at a higher risk of developing a foot ulcer, and that includes those with diabetes-associated kidney, eye, and heart disease. Obesity, as well as tobacco and alcohol consumption, are also key players in foot ulcer development.

Usually, ulcers form from a combination of different factors, such as the lack of sensation in the foot, bad circulation, deformities, irritation, trauma, and the duration of diabetes. Patients who have had diabetes for a long period of time may develop neuropathy, which reduces the ability to feel pain in the feet because of nerve damage. In many cases, this nerve damage occurs without pain, which may lead to the patient to be unaware that the problem exists. Podiatrists are able to test the feet for this condition with a simple tool known as a monofilament. 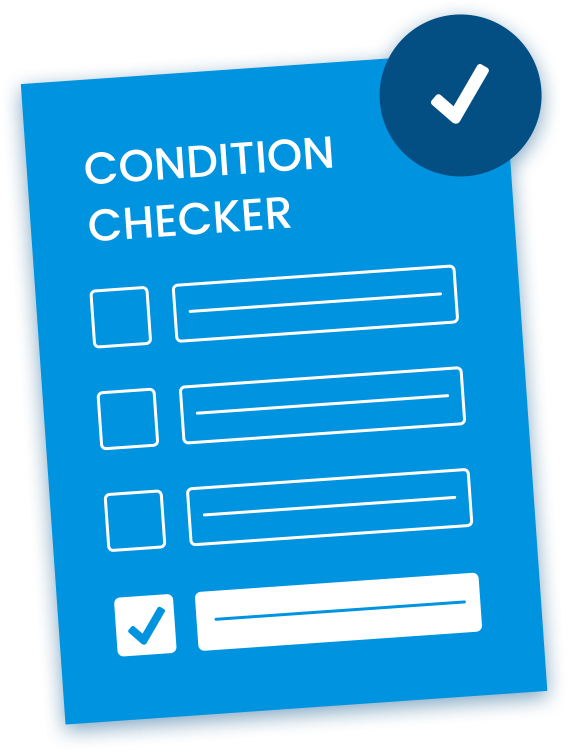 Do I Have a Diabetic Foot Ulcer?

Find your condition with our 2-minute Condition Checker.

What Are The Symptoms Of a Diabetic Foot Ulcer?

One of the first signs that a patient will notice from a foot ulcer is drainage that stains the sock or even leaks out into the shoe. Additionally, swelling, irritation, redness, and odors are also common symptoms of a developing foot ulcer.

The most conspicuous symptom of a serious foot ulcer is the black tissue (eschar) that surrounds the affected area. This symptom forms in response to the absence of healthy circulation to the area surrounding the ulcer. In addition to this, partial or complete gangrene (tissue death via infection) may also appear around the ulcer. In such cases, pain, numbness, and odorous discharge are common.

Of course, this does not mean that the signs of a foot ulcer are always obvious. In some instances, you will not even see the symptoms of the ulcer until it becomes infected. You should always talk to your doctor as soon as possible if you begin to see any skin discoloration (especially in cases in which the skin turns black). Other signs to pay attention to include detecting pain around an area that is callused or irritated.

Usually, doctors identify the seriousness of foot ulcers on a scale of 0 to 3. The criteria are as follows:

Discover which treatment options are right for you with our Treatment Finder.

What Are My Treatment Options for a Diabetic Foot Ulcer?

Generally speaking, there are three different routes for treating diabetic foot ulcers: prevention, conservative interventions, and surgery. Prevention is usually the best and most preferred method, but the nature of foot ulcers does not always allow for this. Foot ulcers often creep in unnoticed and progress to a point where more than prevention is necessary in order to treat the condition. That being said, wearing certain items will help to protect your feet:

Conservative treatments mostly refer to medications that your doctor prescribes. Your doctor may give you antibiotics, antiplatelets, or anti-clotting medications to help treat your ulcer. Your care provider will use these methods if the ulcer infection progresses despite preventative methods. Make sure you let your doctor know about any other health conditions (e.g. HIV and liver problems) that you may have, as these might increase your risk of infection.

If the ulcer is severe enough, then your doctor may recommend surgery for the treatment of your condition. Surgery may help to alleviate pressure surrounding the ulcer by shaving down bones or removing foot deformities (e.g. bunions and hammertoes). Most likely, you will not need surgery for the treatment of your ulcer. That being said, if there is truly no other way to prevent your ulcer from progressing further into infection, then surgery may prevent you from having to receive an amputation.

As stated previously, doctors prefer prevention over any other treatment method if it is applicable to your case. For people with diabetes, keeping their feet healthy is very important. A person with diabetes should consider the following:

If you believe you have a diabetic foot ulcer, then please contact our practice at (855) 586-2615. Our team of expert doctors is extremely well-versed in the conservative treatment of a wide range of conditions throughout the entire body. We are passionate about putting you on a treatment plan that caters to all your podiatric needs. Don’t let your condition get any worse than it already is. Avoid unnecessary complications by contacting our podiatrists at NJ Spine & Orthopedic today!

Do I qualify for Diabetic Foot Ulcer treatment Options?

Determine your eligibility with our Candidacy Verification.